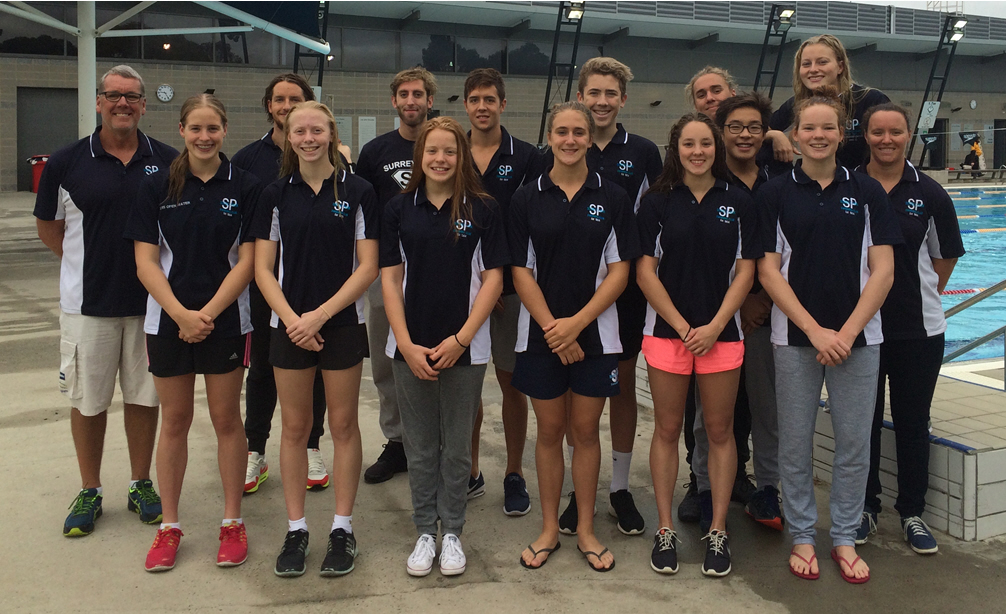 Congratulations and good luck to Surrey Park's 2016 Age Nationals Team. At this competition the Club is represented by Cooper Cheesman, Tori Elson, Alex Good, Alice Mason, Sophie Mcleish, Dani Smithson, Emma Smithson and Connor Xu. The team together with coaches Matt and Kylie, and team manager Ada have arrived in Adelaide and are competing over the next 6 days at the 2016 Australian Age Championships. Results can be found on Meet Mobile, or on the Swimming Australia website.

The following week, coach Matt will be back in Adelaide with Hannah Britton, Tom Curran, Alex Good, Tim Gouskov and Hamish McDougall for the 2016 Australian Swimming Championships, which are also the trials for the Australian Team for the 2016 Olympics in Rio. Results for this event can be found at the same websites as above, or you can tune in to the TV coverage on Channel 7, heats begin at 11am, and finals begin at 7:45pm.

Good luck also to Paul Benson, who is travelling home to New Zealand  to compete in the 2016 NZ Olympic Trials!